“ It was a very nice experience, my son and i were very delighted to be with you guys, evey things was perfect the service was excelent for sure will try it again in soonest even my son is insesting to fix a date from now to be back Good luck and see you soon”

“ We had an ace time, the highlight of our holiday. It is Well worth the money, we saw some amazing sights and enjoyed driving fast through the desert. Thank you”

Enjoy the fascinating movement of the first day involves going from Casablanca to Ouarzazate through Marrakech to Chegaga.

DAY 1: FROM CASABLANCA To MARRAKECH and Ouarzazate

The departure starts anytime around 9 am when you leave your hotel to be a part of this interesting journey that would provide you with a long lasting memory about Ouarzazate and other areas you would come across.

The journey would also be met with a brief stop at Marrakech, which is an interesting stop-over for many visitors. Marrakech is popularly referred to as the magical city, and you would love the sight of the environment. After that, the journey continues through the great Tizi-n-Tichka pass, which is Morocco’s highest road passage that boasts of an altitude of 2260m, which provides an exhilarating experience for the tourist. More so, the beautiful sight ahead which ranges from the well-patterned Atlas Mountains and the serene nature of the Berber villages is another great place to behold.

Touring the Sahara Desert is a great way to learn about the history of Morocco and all the beautiful artefacts available in the country. More so, Ait Benhaddou is a world heritage site acknowledged by UNESCO, and Ait Benhaddou which is well guarded has served as a valuable location for the filming of famous films such as Gladiator and Lawrence of Arabia.

You are presented with the option of enjoying your night dinner in Ouarzazate or your hotel.

Day 2 has another interesting ride from Ouarzazate. The morning ride moves towards Agdz, from which the ancient caravan road would be used as the ride goes through Zagora. A launch would be served at Zagora, from which the ride proceeds to M’hamid down towards the destination for the day, which is the famous Erg Lihoudi. Erg Lihoudi provides a good environment to enjoy camel ride for 2 hours before night time.

The third day begins with a sumptuous breakfast and a return to M’hamid. The journey to M’hamid takes approximately two hours as it would be by camel ride. After that, the departure to Chegaga begins, Chegaga movement is via a 4x4, making it convenient to cross the various desert landscape without much stress. Arriving at Berber tents, launch would be served at that point, while the much-awaited exploration of the dunes would take place when it is afternoon. Dinner would be served at sunset as the night would also be spent at the camp.

Breakfast is served in the desert on the forth day, while departure begins with the use of a 4x4 through the desert in a 90km journey that would enable you to come in contact with the iriqui lake. The sight of the lake is quite an interesting aspect of the journey. A launch stop-over would be experienced at Foum Zguid, and after that, the journey continues to Marrakech via Taznakht. It is expected that the journey to Marrakech would be concluded at 7:30 pm as expected.

An awesome moment is experienced on the fifth day with a city tour of Marrakech, and after the tour, the needed return to Casablanca begins.

We focus on real and authentic excursion across Morocco, their local people, local delicacies and the true culture behind the hospitable lands. Our tours are private and can be customized .... We offer Flexible & customized tours just for you and your friends. Book here and enjoy Morocco in total comfort in private 5 days Casablanca tour to M’hamid  - Casablanca excursion to Erg Chigaga...

Included in Private Tour from Casablanca:

A night in hotels / riads / camp

Tours & Trips are available every day.

Online, by Email or Phone.

For 1 and more than 6 people contact us directly to calculate actual and best possible price for you. Thank you. 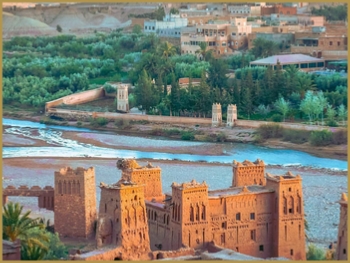 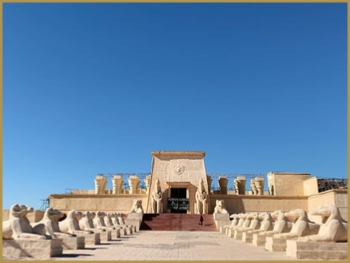