“ It was a very nice experience, my son and i were very delighted to be with you guys, evey things was perfect the service was excelent for sure will try it again in soonest even my son is insesting to fix a date from now to be back Good luck and see you soon”

“ We had an ace time, the highlight of our holiday. It is Well worth the money, we saw some amazing sights and enjoyed driving fast through the desert. Thank you”

Your driver and guide will meet you at the reception of your accommodation in Marrakech. First, you will cross the spectacular Tizi n' Tichka Pass of the High Atlas Mountains.

Depart for Casablanca, arrival and visit the Hassan II Mosque, one of the largest religious buildings in the world, the corniche, Cathedral Notre Dame, Art deco building. Afternoon visit of Rabat, the first of the Imperial Cities, the Medina and the Mausoleum of Mohammed V, the grandfather and father of the present king are buried here and the adjacent Hassan Mosque, a wonder of the medieval Moorish world with its great minaret left unfinished when its founder died in 1199, the king palace, the Oudaïa kasbah was built from 1672-1727 to protect the city. Dinner and overnight in local riad / hotel..

Depart to Meknes, the 16th century capital. Guided visit of Bab El Mansour, Place El-Hedime (Square of Ruins) the kasbah, Granary, the Royal Stables which housed up to 15,000 horses of Sultan Moulay Ismail. Visit the roman city of Volubilis features the best preserved excavations in this part of northern Africa dating from the Roman Empire. An a UNESCO World Heritage. Arrival at Fes, Dinner and overnight in local riad / hotel..

All day devoted for visiting Fes, the oldest of the imperial cities, home to the world’s first university dating from the 9th century and one of the most complete medieval cities in existence. Surrounded by huge defensive walls, it seems suspended in a time warp, somewhere between the Middle Ages and the modern. Guided visit of medieval Medina, Quaraouine University, Medersa Attarine, Kingdom Palace, Ben Denane synagogue, souks. Dinner included.

Travel through the middle Atlas, drive further south passing by several towns and you will get the opportunity to view nomads living in tents alongside the way. On afternoon to reach the desert camp in the middle of dunes where you will spend the night, dinner around the campfire under the stars and sleep in Nomad Berber tent.

Depart via Rissani, to Tinghir. Continuing on the road alongside the river to reach the Todra gorges (canyon) where you will Walk on foot through this stunning place while enjoying the views of high rock walls (up to 300m) Dinner and overnight in local riad / hotel.

Depart to Ouarzazate via Skoura palm groves, you will arrive to Ouarzazate, visit the Kasbah, cinema museum and cinema studio. Dinner and overnight in local riad / hotel..

Visit Aït Benhaddou, a UNESCO World Heritage Site and departure via the High Atlas to reach Marrakech. End of the private Marrakech tour.

Depart from Marrakech on a private tour, we cross the High Atlas Mountains and reach the Tizi n'Tichka's pass with 2260m high. We organize private 7 day tour from Marrakech. Explore heritage of Morocco in guided tour to Sahara desert in Merzouga and back including HB accommodation.

Included in Private Tour from Marrakech:

A night in hotels / riads

Tours & Trips are available every day.

Online, by Email or Phone.

For 1 and more than 6 people contact us directly to calculate actual and best possible price for you. Thank you. 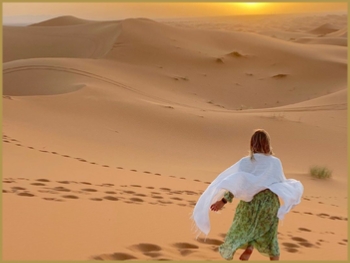 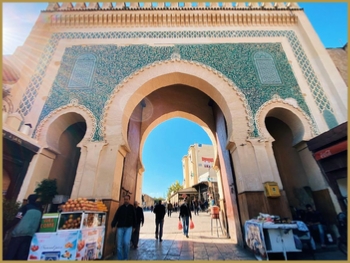